Revenge of the Killer Bs: Psalm 145, One Generation 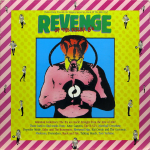 If I were to have a big hit, this would be it. It sort of won the CRC Sesquicentennial hymn contest, then appeared in Contemporary Songs for Worship, and can now be found in Psalms for All Seasons, #145G. But there were already too many of my songs and arrangements on the PfAS CD, so this got cut. After all, you don’t want to overdose on Greg. But here’s a small fix to hold you over until my next blog post.

And thus, my loyal readers, concludes my 16 song series of songs that didn’t make the cut for one reason or another. But don’t lament the one that got away. No, just head on over to the Psalms for All Seasons website, where you can buy the book and CD so you can get all the songs and recordings that did make the cut.

This entry was posted in Choir, Church, Congregational Songs, Psalms. Bookmark the permalink.