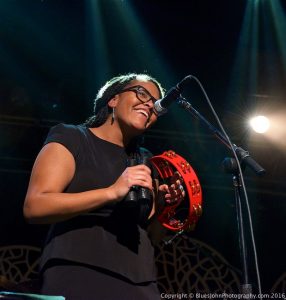 “What’s with all the Christmas music in summer?” You may ask.

This March I joined two dozen other songwriters to explore the themes that are missing from common Christmas songs and to compose new songs that address those themes. During that week I had the privilege of getting to know Liz Vice, who is both a fine musician and human being.

We co-wrote “Tiny King” as an antidote to the no-crying-he-makes school of Christmas songs. How can the incarnation be astounding–or even true–if the baby Jesus didn’t cry or nurse or fill his diaper? This song explores the incarnation in a series of very human and very heavenly juxtapositions: the moans of labor and the angels’ choir, the King of Kings holding court in a barn, and a newborn baby as old as eternity.

This is just a rough demo to get the musical ideas across. I can’t wait to hear what it sounds like with the magic of Liz’s voice in the mix!

Christ fills his lungs, lets out a cry:
God’s first breath as humankind
thunders through all earth and time. Gloria!

2. Could this baby be a king?
The one of whom the angels sing?
Shepherds, Magi bow to him. Gloria!

His mother’s milk, a kingly feast.
His only robe is swaddling.
His court attendants, humble beasts. Gloria!

3. Gaze upon this newborn child;
eternity within his eyes.
Lays bare my soul with mercies kind. Gloria!

He opens up his tiny hand.
How can it be? My name, I see!
This tiny king, he came for me. Gloria!
Gloria, Gloria, Gloria!

This entry was posted in Church, Congregational Songs, Demos, Rock and/or Roll. Bookmark the permalink.