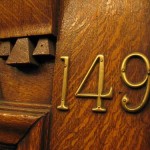 Update 3/12/22: Sheet music for this song is now available at gregscheer.com.