Psalm 82: Gathered in the Judgment Hall

Update 10/1/20: Sheet music for this song can be downloaded here.

I’ve been working on a setting of Psalm 82 for a few weeks now. It’s really an interesting Psalm. Most of the time it is taken as an indictment of unjust people, but in actuality it appears to be a judgment against the high council of gods. Who are these “gods” over which God holds court? In the Psalmist’s time it would have l 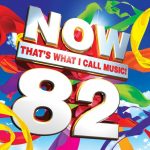 ikely referred to the pantheon of gods who were believed to oversee weather, oceans, fertility and every other aspect of life. But I don’t think it would be inappropriate to recast them for modern times as “The Man.” The powers that be. The principalities. The forces (inequity, fear, racism, etc) that seem to control our world on some higher, untouchable plane. However, just like in the Psalmist’s time, these gods of our time are not, in fact, untouchable. They bow to the Almighty God.

With this starting point I began to work on the song. Three significantly different drafts later, it’s done. The PDF score (see link above) may give a better impression of the song than my tired, one-take, midnight demo. But it’s free, so I don’t want any complaining!

Prologue:
Gathered in the judgment hall,
the gods of earth in silence fall
before the Lord, the King of kings,
the Judge of principalities.

1. How long will you gods of earth
grow fat on what you haven’t earned?
How long will hungry mouths chew air,
while you feast on their despair.

How long will the rich go free,
while the poor wait vainly for release?
How long will orphaned children cry,
as hope recedes from sight?

Arise, O God, our one true Lord;
Bring down sweet justice, right these wrongs.
O Ruler of the nations come;
Restore to earth your law of love.

2. How long ‘til you finally know
the darkness of your hearts and souls?
The evil schemes your minds have birthed
are rumbling deep in earth.

Listen closely, earthly powers.
Your day of domination’s over.
Your judgment and damnation come;
undone by flesh and blood.

Arise, O God, our one true Lord;
Bring down sweet justice, right these wrongs.
O Ruler of the nations come;
Restore to earth your law of love.

Epilogue:
Arise, O God, ascended One.
May heaven’s will on earth be done.
Let all the nations give you praise,
and every knee bow at your name.

2 Responses to Psalm 82: Gathered in the Judgment Hall