I mentioned previously that the Rockford orchestras read through three sketches before choosing “Swampzilla.” You’re probably wondering which sketches lost to “Swampzilla” in the initial round of voting, right? Wonder no more! 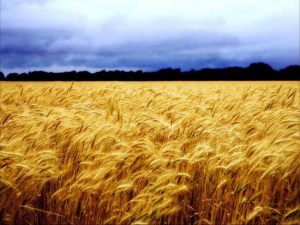 “Amber Waves” is a sprightly, festive piece that felt hopeful, American, and…Coplandesque. I love the title “Amber Waves” because it’s lifted from “American the Beautiful” (“amber waves of grain”) but could also mean a girl named Amber waving.

Don’t judge me on how the Finale demo sounds! If you want to take a look at the draft, click here. If you want to turn this into a completed piece for orchestra, let’s talk.